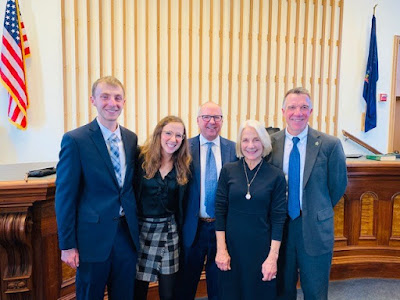 Governor Phil Scott swore in Superior Court Judge William D. Cohen of Rutland, Vermont as a Vermont Supreme Court Justice before a packed courtroom at the Rutland County Courthouse on December 19, 2019. Justice Cohen replaces former Supreme Court Justice Marilyn Skoglund on the Supreme Court, starting work in Montpelier on December 23. Justice Cohen has served as a trial court judge primarily in Rutland and Bennington Counties, since 1999. Prior to his service on the trial court bench, he was in private practice in Rutland and served as a Rutland County deputy state’s attorney after graduating from Vermont Law School in 1983.

At the swearing-in ceremony, Burlington attorney Ritchie Berger (who grew up in Rutland and went to grade school and high school with Justice Cohen but discreetly refrained from sharing specific stories from those days) welcomed the standing-room only crowd with warm words about his life-long friend. He also regaled the room with references to Justice Cohen’s prowess on the running and biking paths and finished with tongue-in-cheek appreciation for all the pro bono work Justice Cohen sent to him.

Vermont Supreme Court Justice Harold Eaton, a fellow VLS alumnus, shared stories dating back to when Justice Cohen was a deputy state’s attorney and Justice Eaton was a criminal defense lawyer in Rutland. Rules of evidence regarding the admissibility of canine behavior were involved. He also shared more recent stories from when both attended a judicial conference and a rock concert was involved. He welcomed Justice Cohen to the Court on behalf of his fellow Justices.

Bennington County State’s Attorney Erica Marthage spoke of the great admiration and respect she has for Justice Cohen. She noted his balance of impartiality, objectivity and empathy that she’s observed during the years that Judge Cohen sat in Bennington County. Known for creating limericks for retiring jurists, State’s Attorney Marthage instead recited a haiku for the occasion:

Rise, rise up
As you embrace destiny
Smile and be breathless

Retired Superior Court Judge David Howard (apparently in attendance at the same rock concert noted above) spoke of the deep respect he and his fellow trial judges have for Justice Cohen, and the support they’ve provided each other over the years. He did wonder what new topic will replace his and Justice Cohen’s long-time favorite topic – the latest (in their view) erroneous Supreme Court decision!

VBA Executive Director Teri Corsones relayed two stories from her and Justice Cohen’s 37 years of shared legal experiences working together as new lawyers and then in the courts. The first, to underscore the humility that Governor Scott noted when making the appointment, a story about Judge Cohen sustaining an objection to his own line of questions from the bench. The second, to underscore the essence of Judge Cohen’s approach to being a judge, a story about him quietly stating “it matters to me” in response to a suggestion that processes don’t really matter if a litigant has little chance of success. Noting that every person in front of him does truly matter to him, Teri remarked that is what made him a great trial judge and it is what will make him a great Supreme Court Justice.

Retired Castleton University President David Wolk won the contest for knowing Justice Cohen the longest. The Wolk and Cohen families are long-time Rutland families and President Wolk remembers baby-sitting the future Justice when he was just a toddler. President Wolk spoke of the strong Rutland values of common sense, compassion and a dedicated work ethic that Justice Cohen will bring to his role on the high court.

The final speaker was Justice Cohen’s and his wife’s vivacious daughter, Alix Cohen, who spoke with pride about taking a newspaper clipping of an article about Justice Cohen’s appointment to the trial bench to her kindergarten class ‘show and tell.’ She said she didn’t even know what a judge was but was excited to think that her dad was going to be helping others figure out the right thing to do, like he always helped her figure out the right thing to do. She spoke of the pride she has in his accomplishments today, and what a great role model he is for her and for her brother.

Governor Scott described how pleased he was to make the appointment. Noting how independent courts are essential to a free and just society, he said he was proud to appoint Justice Cohen and he was confident that he would serve with respect, dignity and fairness. “I have no doubt that Judge Cohen has the experience, the temperament and the management skills to fit right in and excel in his new role,” Scott said.

After being sworn-in, Justice Cohen expressed his gratitude to the many friends and colleagues who had supported him throughout his legal career, explaining that the “art” of judging comes from having mentors and colleagues with years of experience that’s shared without hesitation. He also spoke with gratitude of the many lawyers who routinely represent those in need, with professionalism and with great skill. He thanked court staff who work tirelessly to ensure that the court system functions no matter the burdens the system faces. He is very much looking forward to honoring his commitment to provide appropriate adjudication that he says everyone living and working in this state deserves.


Enjoy pictures from the ceremony, below. 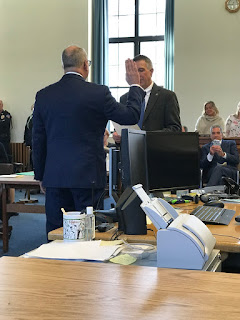 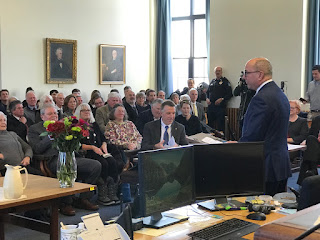 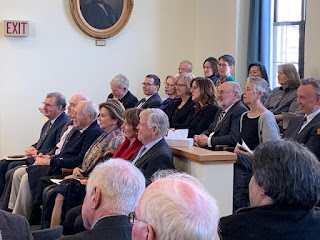 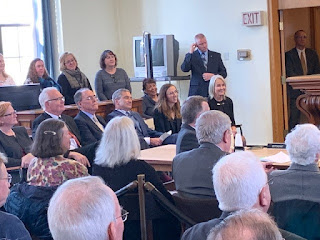 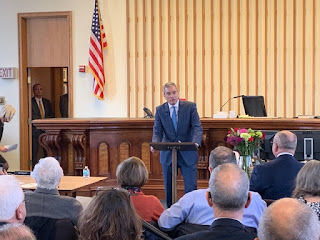 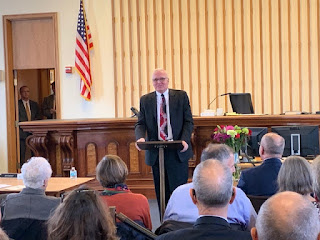 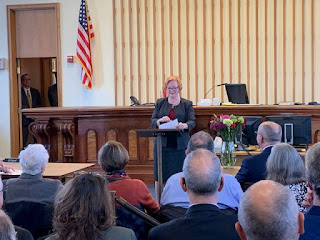 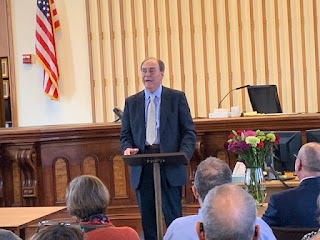 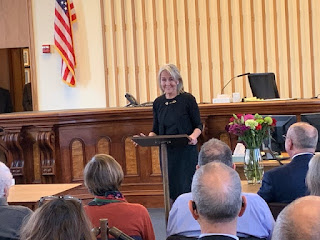 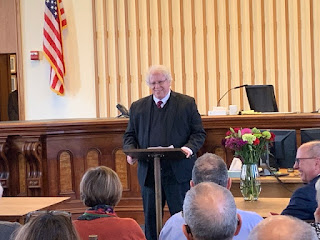 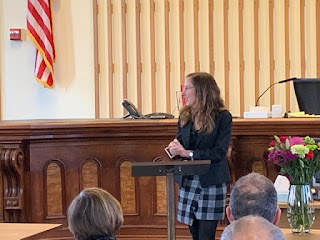 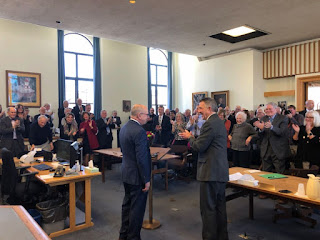 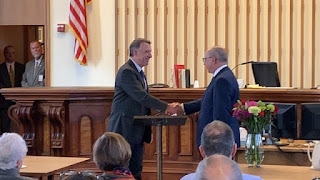 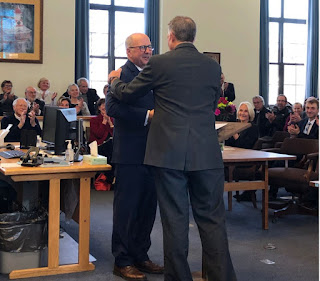 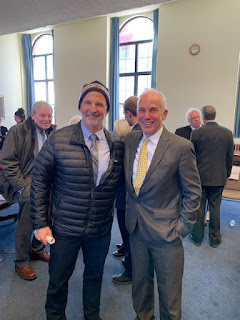 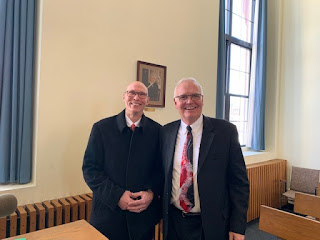 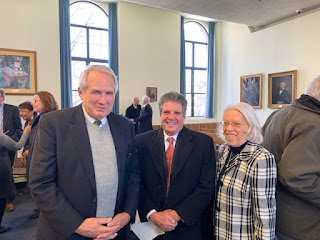 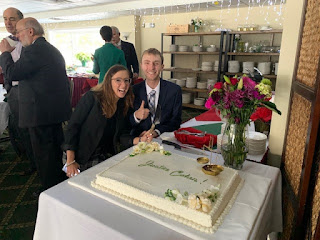 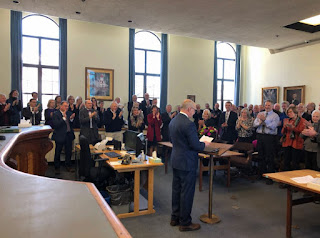 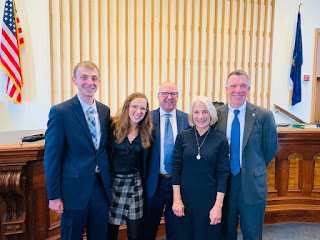 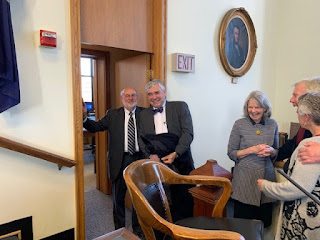 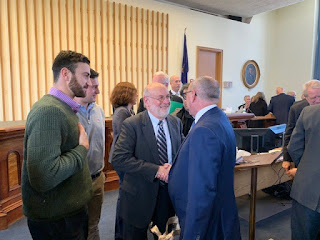 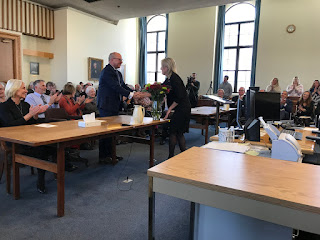 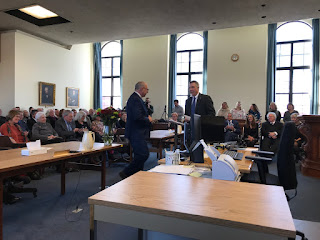 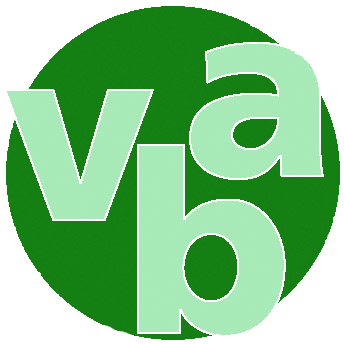